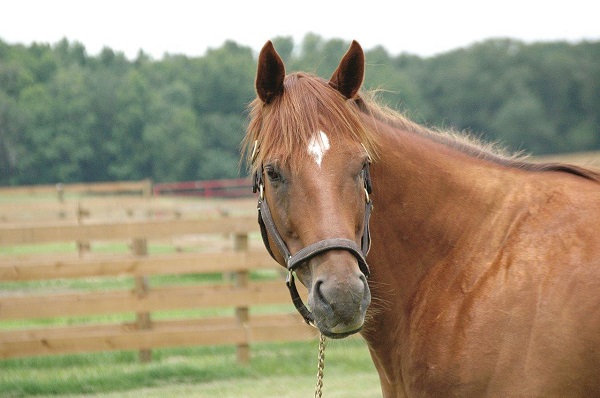 Racing under the silks of Kinsman Stable and trained by Hall of Fame horseman Nick Zito, Hemingway’s Key spent the winter of 2006 on the Triple Crown trail competing against the top 3-year-olds in the country, such as Kentucky Derby (G1) winner Barbaro, Preakness (G1) winner Bernardini, Belmont (G1) winner Jazil and Grade I winners Corinthian, Flashy Bull and First Samurai.

After finishing third in the Preakness and that summer’s Jim Dandy (G2) at Saratoga, Hemingway’s Key raced into his 5-year-old season before retiring to TAA-accredited Thoroughbred Retirement Foundation (TRF) in Lowell, FL in August of 2008. Hemingway’s Key has been a favorite at the TRF’s Second Chances Program at the Lowell Correctional Facility.

But now the 18-year-old son of Notebook is taking on another role by being selected as one of four horses to work on the just-announced TRF initiative with Florida’s Department of Juvenile Justice aimed at using retired Thoroughbreds to help at-risk youths.

The TRF’s Second Chances Juvenile Program will give at-risk juveniles a chance to learn hands-on training in animal skills and life skills that they can use once released.

Hemingway’s Key has been a favorite with the women at the Lowell Correctional Institution.

“He’s a nice horse and he’s probably the horse my students ride the most,” said John Evans, farm manager at Lowell. “He’s really sound and is a great saddle horse.”