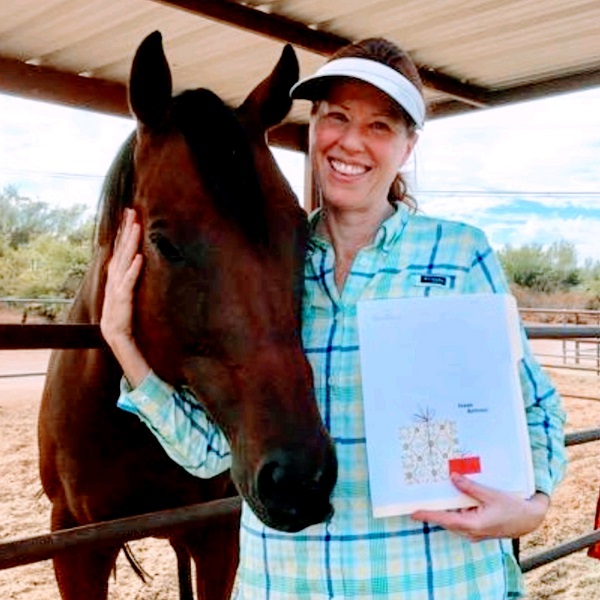 Jackhammer ran three times for trainer Art Sherman in California before retiring to TAA-accredited After the Homestretch. The son of Stormy Jack has since found his place with ATH volunteer and adopter Kirsten Ghaster who, in the face of loss, chose to gain a new friendship.

“Both of my parents passed back-to-back last year,” Ghaster said. “I was looking for a place to volunteer my time to get my mind off of it, and I wanted to find some way to be around horses again.”

As a kid, Ghaster’s parents supported her passion for horses by allowing her to take lessons and eventually get a horse of her own. When Ghaster left for college, she had to make the heartbreaking decision to rehome her horse, but her love for them remained.

“I couldn’t believe that there was a rescue for Thoroughbred racehorses just five minutes from my home,” Ghaster said. “I called After the Homestretch that day and started volunteering two days a week. Being around these beautiful horses and volunteering there has changed my life in several ways, all for the better.”

Jackhammer was largely considered a barn favorite and quickly caught Ghaster’s attention with his adorable antics and inquisitive personality. Whether it was holding the rake hostage, spraying hose water everywhere, posing for selfies, or just following you around; the gelding always wanted to be involved.

“What is so cool is that (Jackhammer) is like this with everyone, not just me. Many of us there at the ranch considered him our ‘boyfriend’ and loved to laugh about it,” she said. 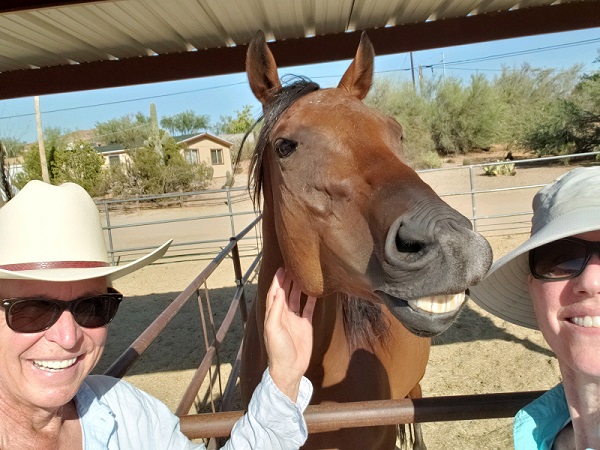 The California-bred is a true testament to the intelligent and intuitive nature of Thoroughbreds.

“What struck me the most is (Jackhammer’s) ability to know when you need a ‘horsey hug,'” Ghaster said. “He would lower his head to my chest or shoulder and leave it there while I pet him. He is my equine therapist and makes everything in my life better with his affection and attention. I knew that I wanted him to join our family as his forever home.”

Now, “Jack” is down the street from ATH at 12th Street Ranch where he’s learning principles in natural horsemanship and cow sorting.

“I am simply a western trail rider who just loves horses. I have no plans to train for a certain discipline, but I suppose you never know, maybe we will both want to learn something brand new in the future,” Ghaster said. “For now, I just like sweet simple rides, grooming him, hanging around the ranch, and loving on him. It is all such a wonderful balance to my work life and it lowers your blood pressure just to be at the ranch and around mister Jack.”

“I encourage anyone who loves horses but for whatever reason cannot or is not ready to adopt one to consider volunteering at After the Homestretch or any other accredited Thoroughbred aftercare organization,” she added. “You can know you are doing something to help these beautiful horses, but truthfully I think it helped me even more than it helped them.” 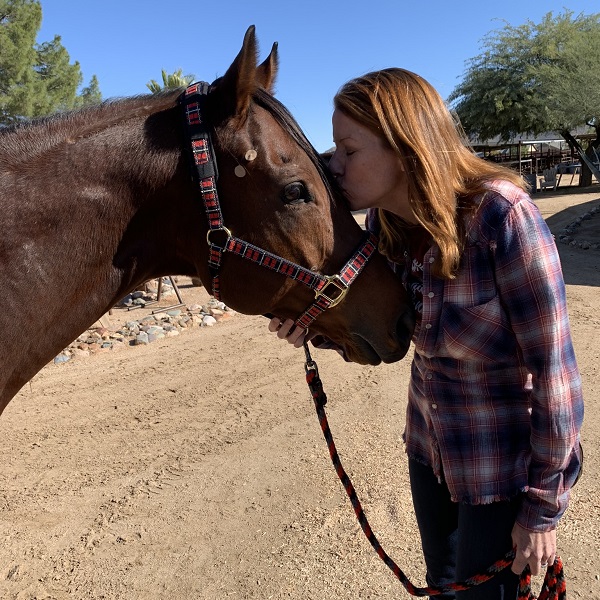