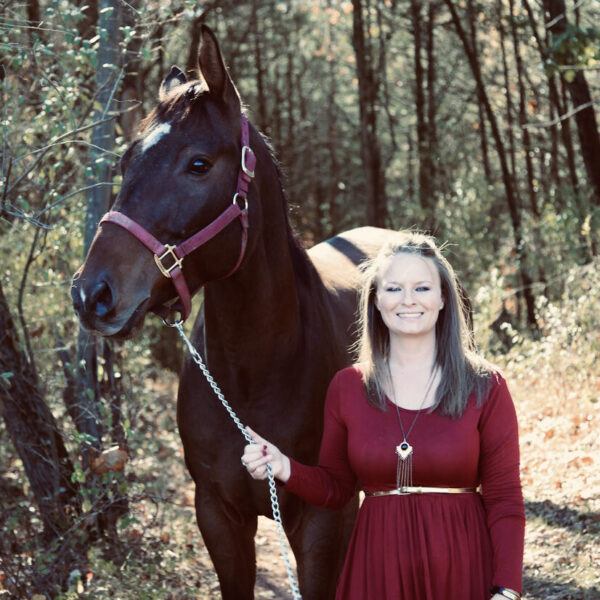 Jaime Dedousis wasn’t sure if she’d ever get back into equestrian sports again. After losing her beloved OTTB and having a serious riding accident aboard her Arabian, she needed a break.

But one day she spotted a bay gelding posted online as available for adoption from TAA-accredited New Beginnings.

That horse was Little Frankie L, a Pennsylvania bred who made 14 starts in the maiden claiming ranks at Monmouth Park and Penn National with his best finish a third. After his last start in September of 2017, the son of Emperor Tiberius went to New Beginnings for a new life off the track. 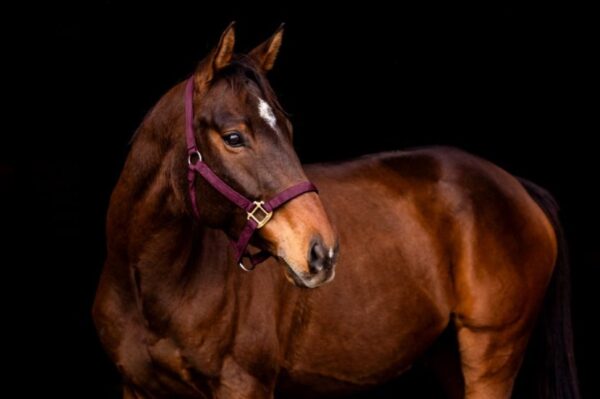 “As soon as New Beginnings posted (him), there was something about him that caught my attention,” Dedousis said. “After not being 100 percent sure if I could get back into riding again, physically or mentally, my friend convinced me to just go look at him. I applied to try out a few horses, caught his eye, and knew he was my heart horse. We just clicked.”

But besides the instant connection there was something else that made him stand out.

“I loved that his star almost looks like the letter ‘C,'” she said. “My first OTTB’s name was Charmer, and it was a little sign to me that he is with me and (Little Frankie L) in spirit.”

Now called “Franklin,” the gelding with a “C” marking has settled into his new home with Dedousis and is starting a career in hunters with a goal of entering the show ring next year. 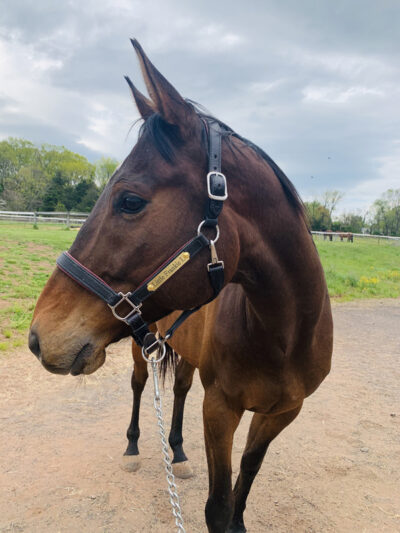 “‘Franklin’ is doing amazing,” she said. “He has such a big personality that all of the boarders at the barn absolutely love him and think he is so funny. He is curious about everything and loved going through our desensitizing course⁠—he mastered the tarp! The second he hears me start walking to the gate he trots over to the fence.”

While the two continue to bond, Dedousis is thankful for the organization that brought them together.

“New Beginnings is amazing,” she said. “I would recommend them to anyone.” 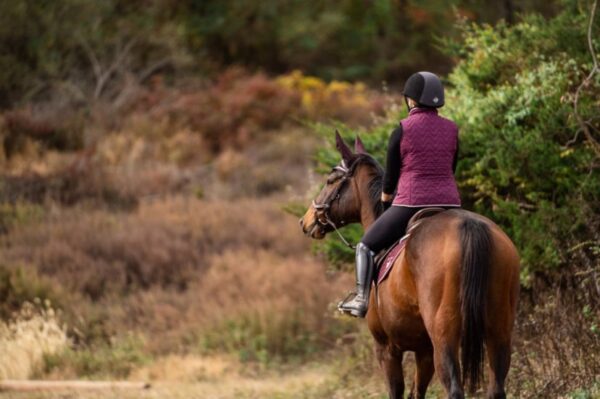