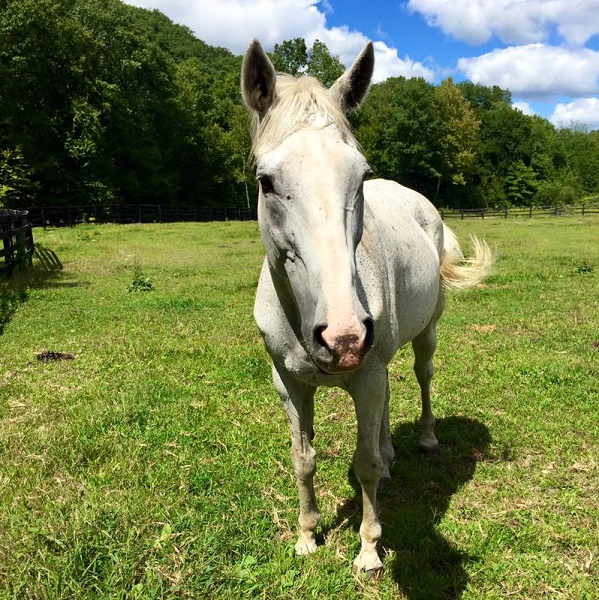 Lucky Orphan, now known as “Copal,” is a Pennsylvania-bred son of Obligato. “Copal” made 74 starts and earned $142,148. He became an eventer after his racing career was finished.

Now, “Copal” is living the retired life at LOHR, where he enjoys getting groomed and playing with his pasture mates. Extremely sweet, “Copal” excels at making friends (of all species, as you can see below) and loves dressing up in costumes. 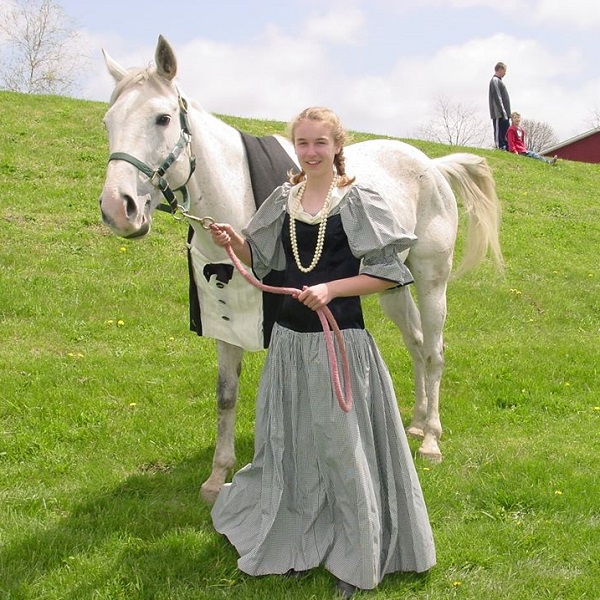