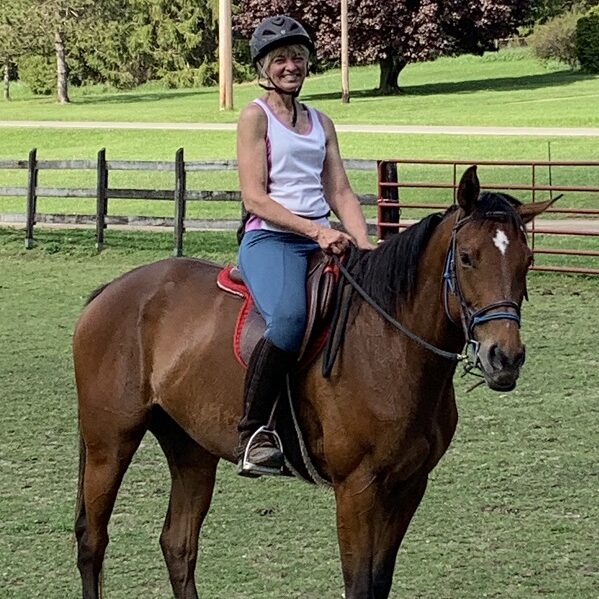 Silver Bouquet made 27 starts before retiring to TAA-accredited New Beginnings with a record of 6-5-3 and earnings of just over $81,000. The daughter of Defrere was a resident of the New Jersey-based organization for nine months before adopter Carmel Dunlap, who had recently retired her OTTB, discovered the mare at the Horse World Expo in Harrisburg, PA as an ambassador for the organization.

“I talked to New Beginnings at the Harrisburg Horse Expo where they had ‘Silva’ as a demo horse for the breed,” Dunlap said. “While I did not get to see her there, I was impressed with the video they had of her performing. I felt she might be the one and so I planned a trip to meet her.”

After finally meeting the bay in person, Dunlap’s gut feeling was validated. Silver Bouquet, or “Silva” left for her new home in Pennsylvania.

“I loved her pretty head and when I rode her for the first time, I felt very comfortable on her,” Dunlap said. “I loved the feeling she gave me with those long legs!”

Now, over a year later, Dunlap is happy to report that “Silva” is showing off her OTTB work ethic while they progress through their training, despite having had some setbacks in 2019.

“Silva is doing wonderful. Last year we had a lot of downtime due to abscesses. It was a horrible year for rain and mud and took its toll,” she said. “This year is going well! We are working on basic dressage moves, trotting cavaletti, and asking her to move on contact. She tries so hard to figure out what I’m asking of her and do what I want. She impresses me every day with this willing attitude she has under saddle. I’m hoping to take some lessons with her this summer to improve both of us.” 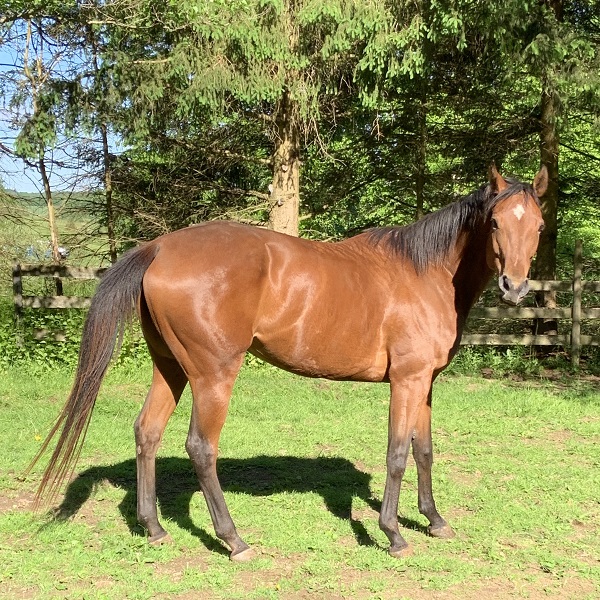 When they aren’t working in the arena, the pair enjoys going on trail rides, although they’re still working toward riding out alone.

“My goal is to have a horse that is my partner and enjoys our rides as much as I do,” Dunlap said. “I want to feel safe to ride anywhere. We have a little work to do on that as far as riding alone on the trails as she can get nervous about being alone. She is fantastic on the trails with another horse along though!” 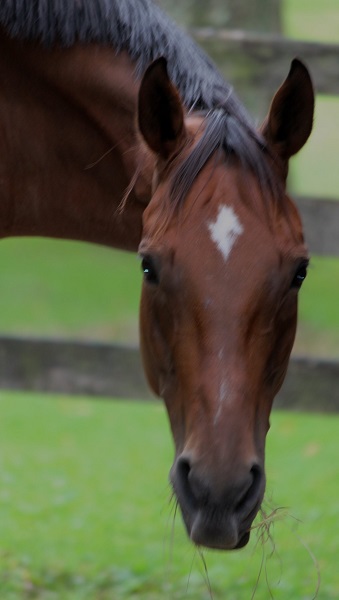