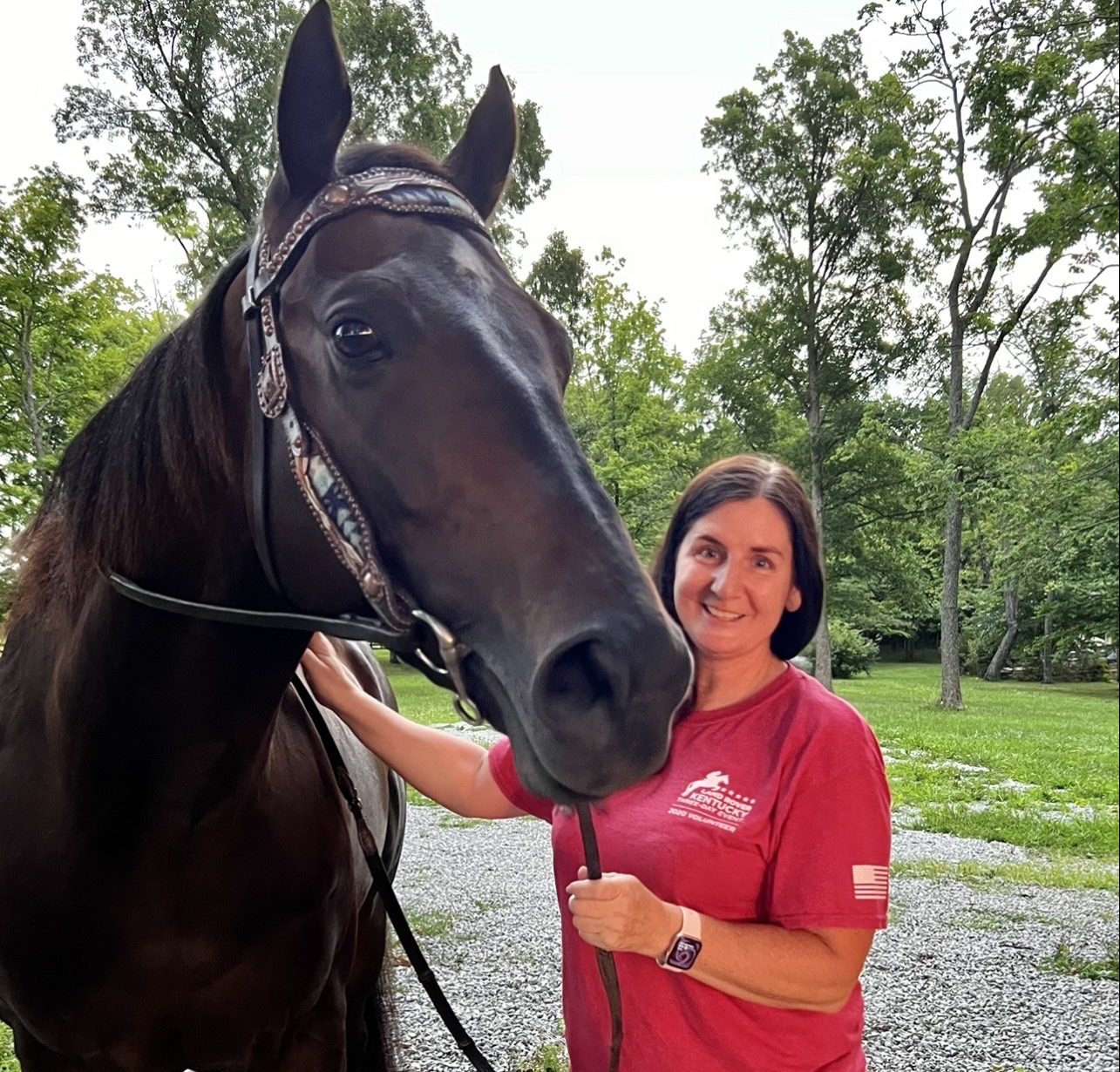 Gallant Plunger made 14 starts on the track, earning a total of $150,350. Just two months after completing his last work at Ellis Park, the Madaket Stables-owned, Steve Asmussen trainee retired with a record of 3-3-2 to TAA-accredited Second Stride.

Shortly after arriving at the aftercare organization, Gallant Plunger crossed paths with Jennifer Boles. Boles was in the market for an OTTB that her students could use in lessons, and when she checked the Second Stride website the son of Candy Ride (ARG) instantly piqued her interest.

“I noticed that he was by Candy Ride out of a Dynaformer mare,” Boles said. “His body build looked like he was built for speed, but Candy Ride offspring are known to have good minds.”

It took two separate visits for Gallant Plunger to win over his adopter. During their first visit, Boles was introduced to the Kentucky-bred’s ground manners as the two hand-walked around the property, but the second visit is when he truly shined.

“He definitely displayed the easy-going mindset but also a curious personality,” Boles recalled. “When I test rode him, he did great and did everything I asked of him.”

Boles adopted Gallant Plunger, now known as “Koa,” in December of 2021, and just like that the five-year-old was ready to begin the next phase of his life.

“His retraining has been smooth, just like his personality,” Boles reported proudly. “He can be ridden English or Western, and we’ve started over poles and on a barrel pattern.”

Although Koa may not have found great success as a racehorse, he certainly took in the many lessons he learned on the backside being ponied to-and-from the track.

For Boles, her main goal is to continue retraining Koa in jumping, dressage, and barrel racing, but the sky’s the limit for this young gelding.

“He loves to learn whatever you put in front of him,” she explained. “It doesn’t matter if he has a week off, he picks up right where I left off. He doesn’t show any fear so I will keep exposing him to as much as I can.”

Although he was bred to race, it seems Koa was truly born for life off the track. Thanks to Gallant Plunger’s racing connections and TAA-accredited Second Stride, this OTTB ended up exactly where he was meant to be.

“Koa is definitely enjoying life off the track, he likes to run around the field squealing and playing with my other OTTB, Phil,” Boles said. “He is one of those horses that is a joy to just be around.”