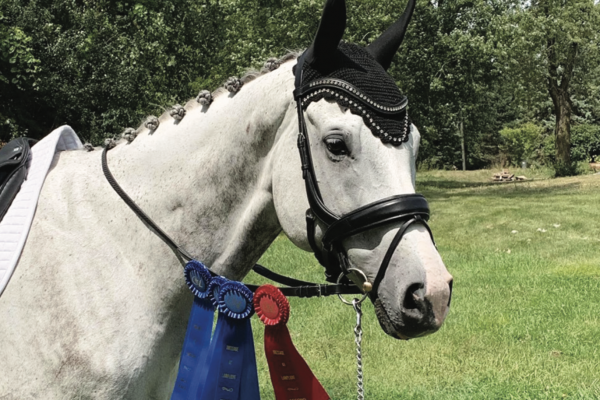 Sweep E Prado, owned and ridden by his adopter Andrea Emery, is now a dressage horse and earned these ribbons at the Festival of Champions in Wayne, Ill., in the training level.

Galloping Out is the on-track adoption program serving the two Chicago-area Thoroughbred racetracks, Arlington Park and Hawthorne Race Course. It began accepting horses in spring 2010. What began with three horses has grown to accommodate as many as 30 at one time, with well over 250 successful adoptions.

The organization partners with seven private farms for rest and rehabilitation, retraining, and eventual adoptions. These farms include professional Thoroughbred farms, hunter/jumper barns, and an eventing facility. Several have youth programs, and the kids learn old-school horsemanship working with these retired race- horses.

Galloping Out requires an application for an individual to be considered as a potential adopter. Not only are references checked, but as often as possible someone will visit the stable or farm where the horse is going to live. Adopters must ride for the farm trainers to guarantee a good fit. Galloping Out follows up with pictures of the horse at six months and one year, and retains the right to do a physical inspection at any time. It tries to stay in touch with the adopters, such as via Facebook, and has found that these new owners can’t wait to share pictures and videos of their horse’s accomplishments.

The nonprofit is in the fortunate position to have the support of both Chicago-area racetracks. In addition, owners contribute with an optional per-start fee.

It has been awarded grants from Thoroughbred Charities of America and the Equus Foundation and is generously supported by the owners, trainers, and racing fans in the Chicago area, as well as by several private foundations. Racing fans take a keen interest in the program. Galloping Out also hosts fundraising events throughout the year and does community outreach. 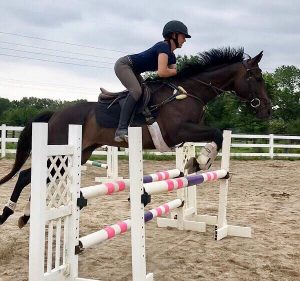 Bridgie the Bull – From five starts, she never broke her maiden. The daughter of Benny the Bull might not have found her calling on the track, but has come into her own since beginning a second career. Read more >> 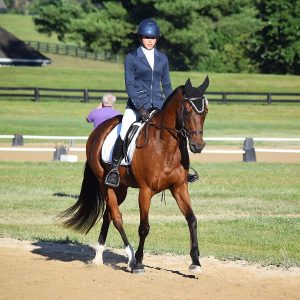 Jost Van Dyke – The Minnesota-bred began his racing career at 3. It wasn’t until the age of 7 that the multiple stakes-placed gelding made his exit from the track. Read more >>