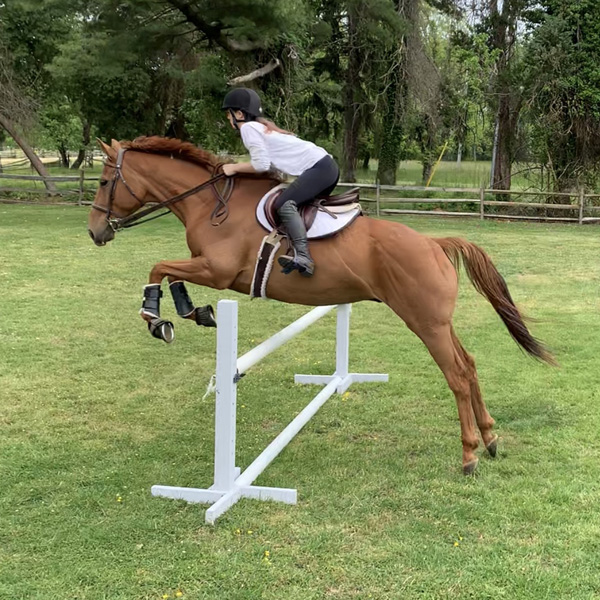 Odlum was a true warhorse, making the majority of his 62 starts in eight seasons in the claiming ranks. The Florida-bred son of Concerto racked up more than $150,000 in earnings and 11 visits to the winner’s circle at four different tracks.

After his last start in the summer of 2019 at Delaware Park, he made his way to TAA-accredited MidAtlantic Horse Rescue. Then, he caught the attention of Regan Norton, who scooped him up in December of 2019. 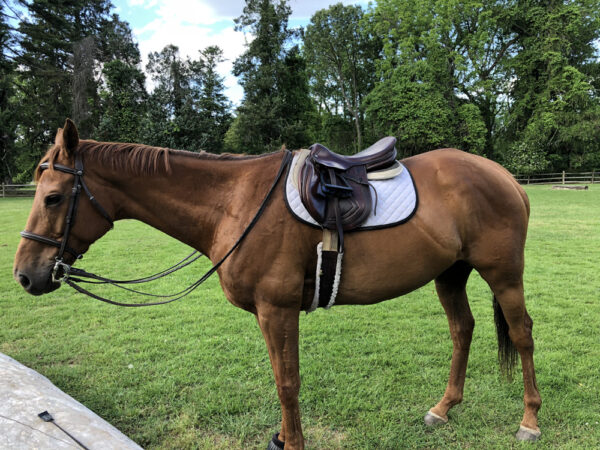 While the year 2020 has brought a lot of uncertainties, Norton is pleased with the retraining process of Odlum and says the gelding is doing amazing.

“His super calm demeanor and overall willingness with everything he’s faced with (stood out),” she said of what initially attracted her to the chestnut.

Now, Norton’s focused on the future with Odlum and has her eye on competitions.

“(The goal going forward) is to show more and have a successful season,” she said.